At the beginning of the 1980s a young Hungarian physicist, Márta Fenyő and her research team discovered the stimulative effect of polarized light on all living biological systems, including the significant invigoration of the self-healing abilities of the human body, when used in human therapy. This is mainly explained by the effect of polarized light on the regeneration, revitalization and harmonization of cell function.

Jointly with her team the inventor developed and created the lamp emitting polarized light designed for the treatment of human body. After all, the first therapeutic apparatus based on the Hungarian invention started its worldwide career in Switzerland. Since then this healing apparatus has become indispensable for doctors, hospitals, clinics, private practitioners and private persons. Millions of people use this healing lamp the world over, with excellent results.
The sources of polarized light manufactured earlier were designed to conduct successful treatment of only restricted surfaces at a time. Even this design of the apparatus was highly successful in the treatment of various skin problems, wounds, arthritis, sports injuries, and head skin and hair problems. 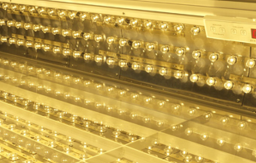 The research conducted so far and the results achieved have decidedly proven that, along with the local treatments, polarized light therapy has new and amazing opportunities. In the background of all spectacular cases of local healing is invariably the stimulating effect of polarized light on the immune system, blood circulation and oxygen supply of the cells. Based on the findings of recent years this effect can now be amplified to cover, in a single treatment of relatively short duration, the entire surface of the human body whereby the effect of biological stimulation is rapidly transmitted to all cells of the body, positively influencing their function.

When treating the entire surface of the body the polarized light immediately gets through to the blood stream via the capillary veins thanks to the roughly 1 cm penetration depth, thus rapidly transmitting through the blood circulation the biological stimulation effect to all cells and vital organs of the human organism such as the heart, the liver, the stomach, the spleen, the kidneys and the endocrine glands, etc., thereby exerting a systemic effect on their function.

WHAT ARE THE BENEFICIAL EFFECTS OF THE SURROUND BODY-SURFACE LIGHT TREATMENT? 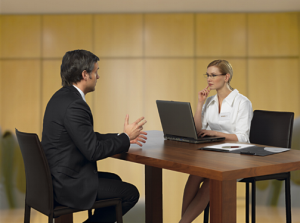 Polarized light significantly enhances the activity of the immune-competent cells, stabilises the cell membrane of red blood cells and enhances their ability to bind and retain oxygen.

The treatment using polarized light significantly stimulates the activity of T-lymphocytes responsible for recognising and defeating millions of faulty cells produced minute by minute in the human body that subsequently become responsible for serious illnesses and malignant deformations, thereby preventing more or less serious illnesses as well as facilitating and accelerating the recovery from protracted illnesses.

Through the enhanced ability of the red blood cells to bind and retain oxygen more vital oxygen becomes available for each cell, organ and system thereby enhancing the efficiency of musculature and vital organs in growth and function. To sum up, body surface surround treatment using polarized light may significantly strengthen the immunization of the entire system