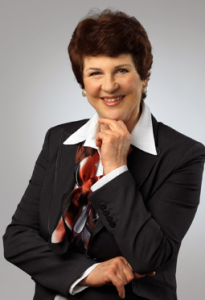 Márta Fenyő is a biophysicist. At the beginning of the nineteen eighties she discovered, jointly with her research team, the biological stimulating effect of polarized light.

After all, a Swiss company acquired the licence for production and marketing, thus the apparatus for polarized light therapy, the Bioptron lamp, started its worldwide career in Switzerland.

By 2003 Márta Fenyő upgraded the initial idea and jointly with her partner, Péter Klein providing the engineering and manufacturing background, created the design of SensoliteR, an apparatus for the light treatment of the entire surface of the human body.

At an earlier time Sensolite was just a cherished project of the biophysicist. As regards appearance this device is similar to the tanning bed, using numerous sources of polarized light. Altogether 1000 lamps generate polarized light to achieve the biopositive effect on the entire surface of the body and the whole organism. The roborant effect of polarized light on the living organism including the stimulation of cell metabolism and reinforcement of the immune system was proven by a number of earlier research projects. Invigorated, recharged with energy and relieved of stress, the patient is capable of much higher performance after treatment than before it.

After graduating from the university Márta Fenyő worked for 9 years at the Medicor Works. In her job she was involved in research in the field of human biology, and she has had passion for this field ever since. Later on, in the frame of her studies for the first academic degree, she explored the biological effects of laser light at the Institute of Biophysics of the SOTE Medical University. At that time she got acquainted with the works of Professor Dr. Endre Mester. He and his colleagues used low power laser light for the treatment of chronic wounds.

To replace the then rather costly source of laser light, Márta Fenyő sought after a device which possesses the biostimulating quality of laser light yet it is simpler, affordable and less dangerous for the eye.

Together with Iván Kertész, a laser physicist, she created the biophysical model of the stimulating effect of laser light. With the assistance of physicians and physicists the first design of the lamp emitting polarized light, the Evolite, was soon developed and used for healing with outstanding results. In the “heroic age” the clinical efficacy of the lamp was confirmed by the successful treatment of refractory wounds that would not heal in any conventional method. Concurrently with the treatments the first major scientific investigations were carried out that confirmed the significant improvement of the immune response of the system. Márta Fenyő and Dr. Nándor Tóth, head physician of the laboratory, conducted jointly this crucial research at the beginning of the nineteen eighties.

Márta professes: “I have always believed in this magnificent device. I have seen people recover from illness who long gave up hope of ever being healthy again. This experience and the uncompromising conviction gave me the tenacity to force my way through the hard years up to the time when we succeeded to turn the invention into a veritable healing device”.

Notwithstanding the strenuous effort we failed to find a manufacturer in Hungary, but the Evolite lamp quickly became a success in Western Europe and in the United States 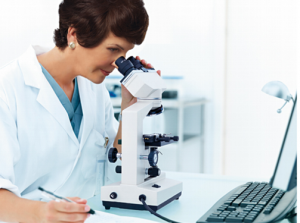 1981-89 Development of the Evolite (later Bioptron) medicinal lamp; research of the medical uses of polarized light and its effects on the immune system

1995 Research of the effects of polarized light in the treatment of tumorous animals at the Bar Ilan University, Tel Aviv (Israel)

1999- Research and development of SensoliteR